Sir Mark Elder renews contract at Hallé until at least 2020

Sir Mark Elder has renewed his contract with Manchester’s Hallé Orchestra, extending their much-praised partnership through until at least 2020.

UK recording industry body the BPI has announced issuing its 50-millionth ‘take down’ notice to Google seeking the removal from search results of illegal links to illegal music sites. “It’s time for Google to be held to the same standards of behaviour as everyone else. It has enormous power as a gatekeeper to the Internet. If it won’t choose to behave ethically and responsibly, it’s time for governments and regulators to take action,”  says BPI chief executive Geoff Taylor.

Music education hubs have done little to improve the range in quality of music education across England, says a report released by Ofsted which urges hub leaders to act more as ‘champions, leaders and expert partners’.

A digital advertising intelligence provider’s new survey concludes that classical music fans are more likely to investigate taking out a small business loan than fans of rock, jazz and folk, suggesting they’re more inclined to set up business on their own.

Beating Dundee, Swansea and Leicester to the title, Hull’s bid promises £15million of cultural events for the city 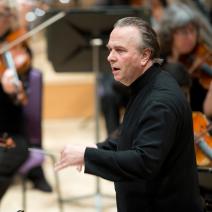