Plácido Domingo and other leaders of Los Angeles Opera appeared before the L.A. County Board of Supervisors on Tuesday to announce that the company has paid back $7 million of the $14 million emergency loan it received in 2009.

Blue Whale Turns Over Its Wednesdays To L.A. Jazz Collective.

Every Wednesday evening will be given over to the music of three composer/instrumentalists in the Los Angeles Jazz Collective.

OPERA America, the national service organization for opera, has announced that it has awarded nearly $200,000 in Audience Development grants, as part of The Opera Fund, to 16 U.S. opera companies.

Money woes have prompted a restructuring.

The director of The Artist has defended using music from Alfred Hitchcock’s Vertigo in his Oscar-tipped film after a complaint from its star Kim Novak.

The company announced on Tuesday that it would present the complete Wagner “Ring” cycle that it had commissioned with the San Francisco Opera but suspended because of money problems.

A Last-Minute Substitution For ‘Faust’.

The tenor Roberto Alagna is stepping in for an ailing Joseph Calleja in the title role of “Faust,” by Gounod, at the Metropolitan Opera on Monday evening.

The Enchanted Island: The Isle Is Full Of Mash-Ups.

A new opera, made from chopped-up bits of baroque music and The Tempest, is about to hit UK cinemas. Its creator Jeremy Sams relives a labour of love.

Portrait Of The Artist: Thomas Allen.

‘Opera can be a difficult thing to understand: shouting, albeit in a musical way, is an odd way to express oneself’. 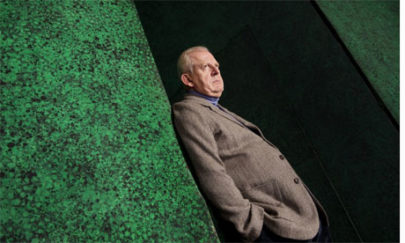