The orchestra as mass collaboration

A Guide to Morton Feldman’s music

For more than 50 years, John Williams’ music has taken us to galaxies far, far away through adventures here on earth, made us feel giddy joyand occasionally scared us to death.

Over the course of an exceptionally long and productive life, the lateElliott Carter was championed by many leading conductors, soloists and ensembles. Among the most prominent is pianist and conductor Daniel Barenboim, who has premiered many of Carter’s works.

George Osborne, Michael Gove and Ed Vaizey are thought to have accepted tickets for all four parts of the Ring cycle at the Royal Opera House that were worth £2,664.

Before he died in August at the age of 68, Marvin Hamlischrecorded a brief cameo for “The Simpsons,” playing a version of himself in an episode involving Abe Simpson’s hidden past. 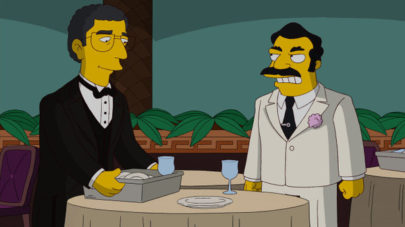