In today’s Classical News, Rory Kinnear talks about directing a brand new opera, and Naxos closes its failed streaming platform after only a year. Violinist Annelle Gregory wins the 2017 Sphinx Competition, on Sunday afternoon in Los Angeles, the 2017 Grammy Awards in Classical Music were announced, and is streaming changing the cultural impact of music?

Rory Kinnear on his opera debut: ‘If it’s a disaster, I apologise’

He’s played Macheath, an M16 chief and Mr Thatcher, but can he breathe life into a brand new opera? Rory Kinnear explains why he agreed to direct The Winter’s Tale – a 400-year-old text that suddenly feels horribly contemporary.

Naxos has closed its high-audio-quality streaming platform Classics Online just a year after it launched, underlining the financial crisis classical labels face because of the digital technology. Klaus Heymann, Naxos’ owner, said the Singapore-based platform was dogged by technical problems which delayed its launch for a year, and in the interim several other streaming services, such as Apple Music, entered the market.

A composer working with sounds below the limits of human hearing has been announced as the winner of the inaugural £15,000 Dare Art Prize.

The annual Detroit contest, including senior and junior divisions, is open to black and Latino US string players.

The audience of Bulgarian National Radio has enjoyed a 20 per cent boost in audience figures since a bitter dispute with the Bulgarian copyright society forced it to play only music produced before 1945. 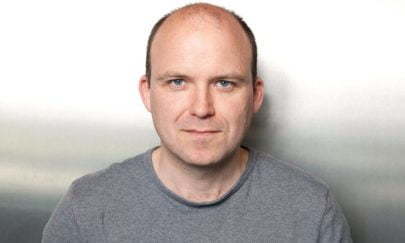