A Gramophone And Mozart, Or How I Fell For Opera

British conductor Nicholas McGegan celebrates his ‘Beatle’ birthday today (64, that is). To mark the occasion, he recalls how he first fell in love with opera.

The ‘Ode To Joy’ As A Call To Action

Candaele has turned his obsession with Beethoven’s Ninth into a documentary film called Following the Ninth: In the Footsteps of Beethoven’s Final Symphony. He follows the Ninth around the world, to Chile and China, where it became an empowering anthem of solidarity, and to Japan, where performances of daiku — the Great Nine — are a cherished annual tradition.

The Echoes of War, From One Century to the Next

‘Shostakovich for the Children of Syria,’ a Benefit Concert “to promote the awareness of significant international humanitarian crises and other public interest issues”

A real-life fairytale: Peter Pan performer proposes to his Wendy on stage 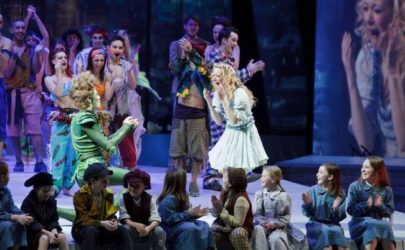