The short but brilliant life of David Munrow blazed a trial for his passion.

An interactive digital installation allows visitors to step inside and become part of a virtual orchestra, taking on the role of a musician or even the conductor.

Leslie Baruch Brent on Dietrich Fischer-Dieskau: ‘He inspired my love for lieder, especially those of Schubert’

Like thousands of others, my lifelong love for lieder, especially those of Franz Schubert, was inspired by Dietrich Fischer-Dieskau in the 1950s.

Andrew M Rosemarine on Dietrich Fischer-Dieskau: ‘The war helped him understand the transience of life’

Dietrich Fischer-Dieskau was uncertain of his legacy. But he recognised the change in himself from his earliest years and the difficulties he had surmounted in adolescence during the Hitler years.

John Birch, who has died aged 82 after suffering a stroke, was interested in – but by no means limited to – every aspect of the organ and its world.

More than a year after resorting to bankruptcy court, the Philadelphia Orchestra laid out its plan to erase debt and cut costs on Wednesday.

The purist Baroque pioneer Joel Cohen has been watching the Met’s potpourri on a television relay. Expecting irritation, he found a certain truth.

The Listening Machine launches as part of The Space

The Britten Sinfonia has teamed up with composer and cellist Peter Gregson and technologist Daniel Jones to create The Listening Machine.

Composition to be performed by Tallis Scholars and broadcast on BBC Radio 3.

Joining Anthony Hewitt on (one of a bit) Land’s End to John O’Groats concert tour.

Up to 15 new chamber commissions per season from 2013. 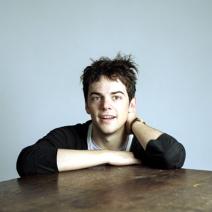