In today’s Classical News, Steven Isserlis donates his Glashütte prize money, and the Cincinnati World Piano Competition will close after 60 years. Thierry Fischer extends his contract with the Utah Symphony, and Kevin Zhu becomes the youngest ever winner of the Menuhin Prize.  Jon Webster steps down as MMF President, and enjoy some Bach performed on the Baritone saxophone.

The artist will donate his cash prize to the International Musicians Seminar Prussia Cove, London Music Masters and Rhapsody in School programmes.

After 60 years, the Cincinnati World Piano Competition is closing its doors. The chief reason was financial, said Jack Rouse, chairman of the board. Despite generous donors in recent years, the competition was unable to raise the $300,000 needed to continue to exist.

The Utah Symphony announced an extension of Thierry Fischer’s contract as Music Director through the 2021-22 season. The agreement extends the current contract, which was signed to expire in 2019. Swiss conductor Thierry Fischer (56) is in this position since 2011.

The exec has resigned in order to pursue a number of external projects – including completion of a book about his time at Virgin Records. 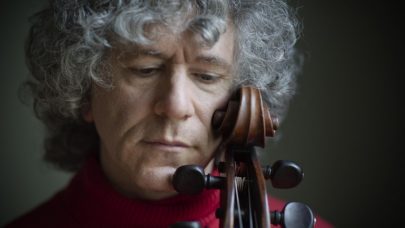