Following two rounds of auditions over eight weeks in Edinburgh, Manchester, Bristol and London, 165 new players have been admitted to the National Youth Orchestra 2014

Massive job losses are expec­ted at Rome Opera after it was announced that the theatre would go into receiv­er­ship after debts of 29 mil­lion euros ($39m) at the end of 2011. As the recent Bray Law states that if a theatre goes into receiv­er­ship, 50% of admin­is­trat­ive and tech­nical posts must be axed, the uni­ons are on the side of theatre dir­ector Catello De Mar­tino for maybe the first time

Built in 1951, the Southbank Centre is an architectural landmark that attracts 25m visitors a year. But will it survive another 50 years? Sculptor Antony Gormley on why bulldozing the site would be better than the planned revamp

Top Five Expressions of Thanks in Classical Music

There are compositional conventions for strong emotions and passions, such as love, anger, glee, and sorrow. Giving thanks, though, requires a bit more nuance—a challenge for any skilled composer. Luckily, as we prepare for Thanksgiving, there have been plenty of composers up to the task, especially in the five pieces that follow

A respected Italian maestro has died

Angelo Campori, an associate of Leonard Bernstein who conducted at the Met and the Vienna Opera, has died aged 79

Alberto Vilar is being held in a cell with no heating, books or music

The convicted fraudster and former opera philanthropist is being held while a judge hears his appeal against having his bail revoked, suddenly and without good reason 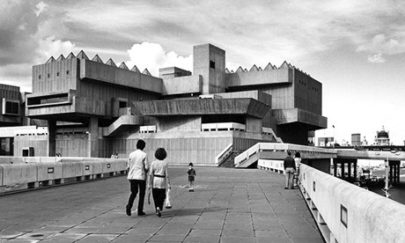