Listen Like a Pro: Secrets from Classical Music Judges

At the Menuhin Competition, the pre-eminent international competition for young violinists being held at UT this week, technical excellence is expected; it’s a given for the field of 42 contestants from around the world.

Megadeth’s Dave Mustaine on classical music: “It’s made me a better player”

Dave Mustaine of Megadeth explains his love of classical music ahead of his concert with the San Diego Symphony, where he’ll be performing works by Vivaldi and Bach on his very own specially modified electric guitar.

The inability to see did not prevent “Blind” Boone from becoming a nationally known concert pianist whose performances combined classical music and ragtime. 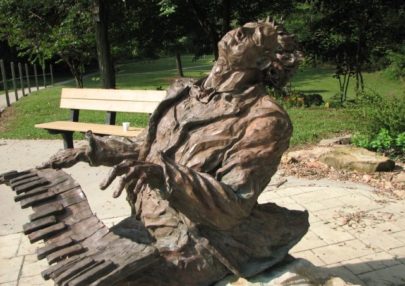