In our news today, Budapest Festival Orchestra cancels concerts due to funding cuts, the YCAT Artists 2016 have been announced & Michael Volpe comments on engaging audiences from a very young age. Also, the Telegraph explains how to explore classical music.

The Budapest Festival Orchestra is shortening its 2016/17 season in order to survive after heavy cuts made by the General Assembly of Budapest to their funding.

Michael Volpe, interview: We need to invest in opera audiences — from the age of five

If Michael Volpe had his way, listening to Tchaikovsky and Verdi for an hour a week would be compulsory for all schoolchildren from the ages of five to eight, while sciences, SATs and religious education would be scrapped.

How you can get into classical music: a beginner’s guide

So, you want to explore classical music? The first question must be: where to start? The most obvious fact about classical music is that it’s absolutely huge. It stretches back at least 500 years, and over the past century has roamed away from its ancestral homeland in Europe to embrace the whole world.

Ticket sites ‘must do more to fight touts’

Companies like Ticketmaster should take more action to prevent touts “harvesting” concert tickets, a government review has recommended. It says the current measures are inadequate, and suggests buyers should be forced to give proof of ID.

Opera North @Opera_North ‘Did you just move from chord V to chord I? Because I think you’re PERFECT!’ #MusicHumour #FridayFun #TGIF 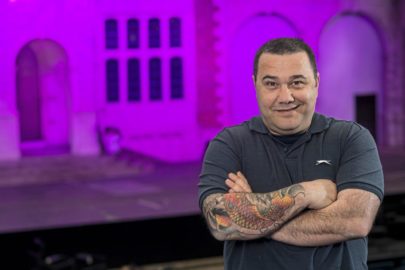