Gardner will become the orchestra’s first British principal conductor since the late 1960s and will take up the appointment at the commence of the 2021/22 season. Gardner will have an initial five-year contract, where he will work with the LPO for a minimum of ten weeks a year, including during its London season as resident orchestra at Southbank Centre’s Royal Festival Hall.

‘I’m thrilled to have been appointed principal conductor of the LPO,’ says Gardner. ‘I worked with the orchestra early in my career and I was quite overwhelmed by the brilliance and virtuosity of the musicians.” 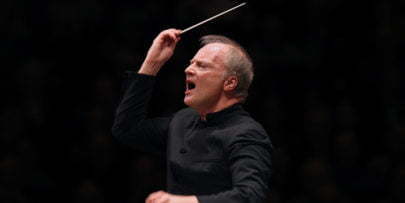 The Tsinandali Festival will bring together over 80 young musicians from across the Caucasus region, creating the Pan-Caucasian Youth Orchestra from 17 August 2019.

Running in Georgia from 8 – 22 September 2019, the new classical music festival will offer talented young musicians from Georgia, Armenia, Azerbaijan, Kazakhstan, Turkey and Ukraine the opportunity to work with world-class conductors and soloists, such as music director Gianandrea Noseda.

The PCYO was founded by David Sakvarelidze, George Ramishvili, Martin Engstroem and Avi Shoshani in order to create opportunities for the next generation of outstanding musicians, as well as facilitate interaction, communication and ultimately peace between Georgia and its neighbouring countries through the power of music.

Soprano Anna Netrebko inspired audiences at the Salzburg Festival on Sunday. She took on the role of the famous French tragic actress Adriana Lecouvreur in Francesco Cilea’s opera of the same name, whose character gets caught in the thick of love,before falling victim to poison attack by her (alleged) rival.

Anna delighted the crowd not only with her stunning vocal beauty, but also her in her outfit choices; which were beautiful and glittery in colours of  turquoise and orange.

Marco Armiliato conducted the the opera, leading the Mozarteum Orchestra Salzburg who played with gusto. Musical highlights of the three-hour performance were the famous recitation scene at the end of the third act and the death-addicted aria “Poor Flowers” at the end of the opera.