In today’s news, the Detroit Symphony Orchestra (DSO) receives a generous grant of $600,000 from the Dresner Foundation, and Spotify has surpassed 50 million subscribers, extending its lead over rivals Apple Music, SoundCloud and Google as the world’s largest paid music streaming service. The New School’s College of Performing Arts in New York will adopt the tiny but influential experimental music hub, The Stone, and Boston Symphony Orchestra musicians will get the chance to spend three to six months in Leipzig, Germany.

Boston Symphony Orchestra musicians will get the chance to spend three to six months in Leipzig, Germany, performing with the Leipzig Gewandhaus Orchestra and the Leipzig Opera, and playing Sunday cantatas at St. Thomas’s Church, where Bach was the cantor.

The Stone, an Influential Music Space, to Move to the New School

The Stone, a tiny but influential performance space that has been a fixture of the New York experimental music scene since it opened in 2005, has a new home. Its founder and artistic director, the composer John Zorn, announced on Wednesday that it will move from the East Village to Greenwich Village and take up residence at the New School’s College of Performing Arts.

He will join the ensemble in May 2017 and will be responsible for steering its vocal and artistic development as well as leading its relationships with Radio 3, the BBC Symphony Orchestra and chief conductor Sakari Oramo, and the BBC Proms. His first project will be to prepare the ensemble for its annual appearance at the First Night of the BBC Proms.

The Detroit Symphony Orchestra (DSO) announced that it has received a generous grant of $600,000 from the Dresner Foundation to provide comprehensive music education for underserved youth in Detroit. The grant will enable the DSO’s Wu Family Academy to launch a new, free entry-level program to be named the Dresner Foundation Allegro Ensemble in addition to expanding the reach of its Educational Concert Series and Classroom Edition webcasts.

A 25-year Chinese pianist has spoken out following a stream of sexist comments after she caught public attention by playing Rachmaninov’s arrangement of Flight of the Bumblebee on two pianos simultaneously in a video that was shared by British radio station Classic FM.

I CARE IF YOU LISTEN

We’ve decided to put together a list of classical pieces that will keep you calm when studying, but also keep your gears moving 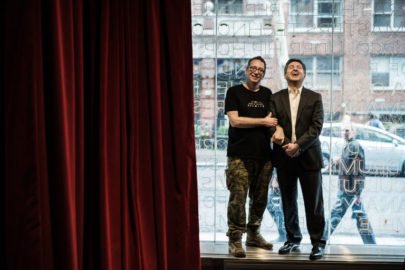