In today’s news, read about the great British conductor and violinist, Sir Neville Marriner, who passed away at the age of 92 yesterday. Also, read about the strikes of several orchestras in the U.S. In addition, the Scottish International Piano Competition 2017 will take place from 1st September to 10th September 2017.

The British conductor and violinist, Sir Neville Marriner, has died at the age of 92, the Academy of St Martin in the Fields says.

Marriner was still conducting into his 90s, conducting a concert to celebrate entering his 10th decade two years ago, which included a rendition of Happy Birthday. His 90th birthday was also marked by Classic FM dedicating an entire day of programming to his performances.

‘It was a bit noisy’: the late Sir Neville Marriner on studying violin during the Blitz

In an interview last year, Sir Neville Marriner told Ivan Hewett how a love of Handel took this carpenter’s son from Lincoln to London in 1939.

For Orchestras in the U.S., So Much Depends on Their Communities’ Fortunes

The orchestra world’s Black Friday began on Sept. 30 with the Pittsburgh Symphony Orchestra going on strike in the morning and ended across Pennsylvania that evening with the Philadelphia Orchestra walking out as patrons gathered for its opening-night gala. The Fort Worth Symphony Orchestra musicians, who were already on strike, sent their support on Twitter.

Help Musicians is to introduce a new brand in Northern Ireland next month.

Birmingham City University is to become one of the Music Academic Partnership‘s 11 member organisations. Run by UK Music, MAP offers training, placements and networking opportunities for individuals who want to build careers in music.

The next edition of the Scottish International Piano Competition will take place 1-10 September 2017. Pianists aged 18-30 will compete for the £10,000 first prize, which carries with it the Frederic Lamond gold medal and an invitation to perform with the RSNO in 2018.

A Romanian cellist jumped from his first floor window and sustained ‘multiple fractures’ as well as cancelled a forthcoming concert, during a police raid of his apartment block in Bucharest. 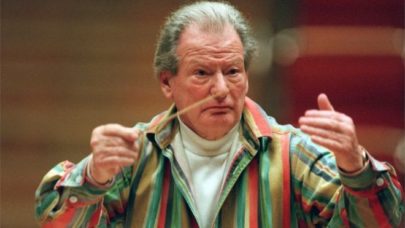