In today’s classical news: BBC has announced a season of opera programming, which will coincide with a new exhibition at the V&A in London titled Opera: Passion, Power And Politics, and Gemma Okell is appointed as the new director of Blackheath Halls. Chemnitz’s Opera is looking for a new director that will be selected by their audience, opera singer Kurt Moll died at the age of 78, and four soloists were selected for finals of 43, Deutschen Musikwettbewerb. Discover the long-lost 10-minute scene of unfinished Liszt opera, performed by the soprano Anush Hovhannisyan. Why are female composers not taken as seriously as their male counterparts?

The BBC has revealed the line-up of music for its latest Ten Pieces project. Works by composers from the Baroque to the modern eras – including Purcell, Joseph Bologne, Chevalier de Saint-George, Tchaikovsky, Sibelius and Copland – feature in the latest programme of the popular education scheme, now in its third year. The repertoire list also includes two contemporary works, one of which is a new choral commission by composer Kerry Andrew.

BBC celebrates the power of opera

The BBC has announced a season of opera programming, which will coincide with a new exhibition at the V&A in London titled Opera: Passion, Power And Politics. Starting in autumn 2017 it will include radio, television and online elements that aim to celebrate ‘the power of opera’.

Gemma Okell has been appointed as the new director of Blackheath Halls. Taking up the position in April, Okell will continue to broaden and develop the venue’s programme of concerts and events, as well as building on its community initiatives. She will also work closely with the faculty of music at Trinity Laban, which regularly uses Blackheath Halls for rehearsals and performance activities.

We must remember Prince Albert’s numerous contributions to British music

We underestimate the significance to our cultural life of Prince​​ Albert, whose legacy continues to flourish more than 150 years after his death in 1861. The Great Exhibition, held in Hyde Park in 1851, was Albert’s initiative – and it was his idea that the profits should be used to develop a centre for the arts and sciences in South Kensington. The land on which now stand the Natural History and Science museums, as well as the Albert Hall, was bought with that money. The area, known today as Albertopolis, also houses such formidable educational institutions as Imperial College and, of the highest cultural importance, the Royal College of Music.

Italian Conductor Alberto Zedda died in Pesaro, at the age of 89. Zedda, who was artistic director of the Teatro alla Scala in Milan, the Teatro Carlo Felice in Genova and the Rossini Opera Festival, was born in Milan in 1928. He studied with Antonino Votto and Carlo Maria Giulini. In 1957 he won the international RAI conductors competition, which enabled him to start a long career on the podium of the most prestigious Italian theatres.

We need more women composers – and it’s not about tokenism, it’s about talent

Why are female composers not taken as seriously as their male counterparts? Sound and Music, the national development organisation for new music, are determined to do something about it

Listen to the First Glimpse of a Long-Lost Liszt Opera

The unfinished Liszt opera — written largely in shorthand, with only one act completed — languished in a Weimar archive for nearly 170 years. A 10-minute scene will be performed by the soprano Anush Hovhannisyan at the BBC Cardiff Singer of the World competition this summer. 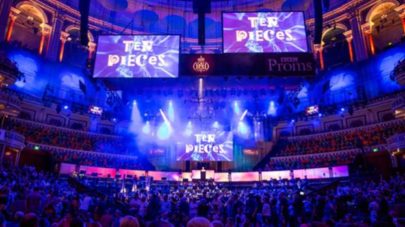