Community Rallies To Save Peninsula Symphony After Embezzlement

San Mateo – The Peninsula Symphony is making music again, thanks to the generosity of members and supporters who rallied to raise money for the volunteer organization after an embezzler emptied the orchestra’s bank accounts.

Robert Ashley, Opera Composer Who Painted Outside the Lines, Dies at 83

Robert Ashley, an American composer who helped wrestle opera into the 20th century, and in so doing broadened the genre in strange, unexpected ways, died on Monday at his home in Manhattan. He was 83.

Why the TTC is playing classical music in the subway

Analysis: What is the Arts Council’s This England report all about?

Arts Council England has published its response to the independent report Rebalancing our Cultural Capital, which last autumn showed how arts subsidy is heavily weighted in favour of London and against the regions (with 90% of government arts funding going to the capital).

Time and time again, we’ve heard about countries with declining music sales, largely due to declines in physical sales not being offset by increases in streaming revenue.  Germany now joins nations like Sweden and Norway in breaking that trend. 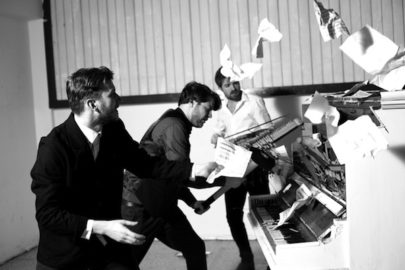