9th October: Music in Schools, Misunderstood Schumann, and a Season of Opera.

From poverty to the Palace: United Palace Cathedral program trains uptown kids to be classical musicians

5 Things You Never Knew About Schumann

Many aspects of composer Robert Schumann’s life and music have remained largely misunderstood.

Exciting developments at Glyndebourne ! Many new initiatives which could transform Glyndebourne from a summer festival to a truly international, year-round opera experience.

A mystery donor who has given tens of thousands of pounds to a Highbury school so pupils can learn classical music has revealed his identity.

Howard H. Scott, a producer known for his recordings of the New York Philharmonic, the Philadelphia Orchestra, the pianist Glenn Gould and the violinist Isaac Stern, and who was part of the Columbia Records team who oversaw the development of the LP, died on Sept. 22 in Reading, PA.

It is one of classical music’s hardiest creatures, repeatedly set loose across concert halls, recording studios and the landscape of popular entertainment. 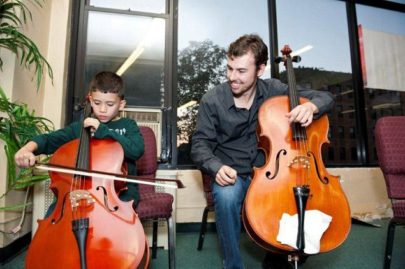