16th January: 2019 ABO Conference, and a new home for the Royal Concertgebouw

This year’s ABO Conference will be hosted by the Ulster Orchestra at the ICC Belfast from 23-25 January.

The theme, cross border, will inspire debate about border issues in the UK classical music industry, including Brexit, digital, diversity and audiences.

ABO director Mark Pemberton said: ‘Brexit will of course be a topic, but with so little concrete information available even at this advanced stage, we will be taking the opportunity to look beyond geography and politics. What other boundaries exist? What are the barriers that inhibit reaching wider audiences? How can we make meaningful progress around diversity and inclusion?

‘There is competition in our sector, but it is also an industry that’s incredibly good at sharing ideas and best practice. We’re proud of the reputation that the ABO Conference has built as the best forum of its kind for open discussion of all these issues.’

The Royal Concertgebouw has a new home

Amsterdam’s Royal Concertgebouw Orchestra has a new home, RCO House, at Gabriël Metsustraat, just across the Museumplein from the Concertgebouw where the orchestra will continue to give its concerts.

RCO House contains ten acoustically insulated studios which will allow orchestral musicians to rehearse there rather than having to rely on renting space elsewhere. The building also houses the orchestra’s administrative staff who have left their offices at Jacob Obrechtstraat. 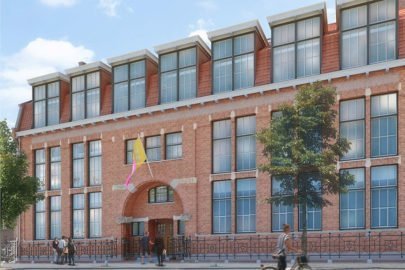 ‘The RCO House will be a dream come true for the Royal Concertgebouw Orchestra. It will be a home where all of the orchestra’s musicians can prepare in peace for the many concerts in the Netherlands and abroad; a space where we can realise our ambitions in the area of chamber music and education; and a permanent and shared venue for orchestra and staff’, commented the RCO’s Managing Director Jan Raes.

Rosetta Cucchi has been announced as the next artistic director of Wexford Festival Opera (WFO). She will take up the six-year position when David Agler finishes his tenure after the 2019 festival.

Previously, Cucchi has served as artistic director of Lugo Opera Festival and of the Arturo Toscanini Foundation in Parma.

‘I am happy and honoured to be appointed artistic director of the Wexford Festival Opera,’ Cucchi said. ‘I have a great passion for the festival and the people who make it possible. My vision will be to preserve its great tradition while at the same time brining a touch of new breath to it. To quote Jonathan Swift: “vision is the art of seeing things invisible”.’