Listings website Bachtrack.com has, for the fourth time, published an analysis of its data from the last year’s classical performances.  It shows a surge of popularity Britten in his centenary year, Valery Gergiev closely followed by Andris Nelsons as the busiest conductor in the world, and a dismal lack of women composers and conductors.

Angela Dixon has been named director of the new Saffron Hall Trust Essex from March 2014. She moves from the Barbican Centre, where she has been head of music since October 2011.

The Serbian violinist Nemanja Radulović has signed a contract with Deutsche Grammophon, extending his relationship from the company’s French arm to a global deal.

Students of California’s prestigious Stanford University are obliged to study classical music, Shakespeare or take voice lessons alongside their main discipline to make them into leaders with a broad range of skills. “Arts will fundamentally change our students, and it will change students who come to Stanford.”

After years of financial difficulty, Opera Hamilton has cancelled next Saturday’s Gala performance and April’s production of Carmen. It will cease operations for good. 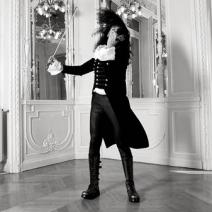