Daniel Barenboim, the current music director of La Scala, will lead the Milan opera house’s orchestra in a tribute to former La Scala director Claudio Abbado, who died on Monday.

With 20 new commissions, a percussion festival and performers including Barenboim, Gustavo Dudamel, Simon Rattle and Maria João Pires, the commitment to contemporary music is core.

For nearly 1000 years the only voices heard singing in Canterbury Cathedral’s choirs were male – but that will all change when the cathedral’s first girls’ choir makes its debut this weekend.
New York Times

Deutsche Grammophon, once the most staid of the world’s classical music labels, is releasing “St. Carolyn by the Sea,” a collection of works by Bryce Dessner, best known as a guitarist in the National, and Jonny Greenwood, the lead guitarist in Radiohead. The album, recorded by the Copenhagen Philharmonic, led by André de Ridder, is due out March 3.

Lend us a tenor: Italian opera houses in need of funding

With most lyric theatres in Italy unable to pay bills or wages, the financial crisis afflicting the birth place of the art form appears more serious than ever – and is prompting those involved in opera to call for a rethink on how its theatres are funded and operated.
On An Overgrown Path


This is the house that Elgar built

A look at the homes of classical stars 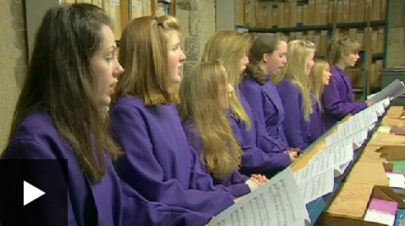