Violinist Daniel Hope’s performance with the BBC National Orchestra of Wales at the Brangwyn Hall in Swansea last Friday (3rd May) will be broadcast on BBC Radio 3 this upcoming Sunday.

Newly-appointed Principal Conductor Thomas Søndergård marked his first performance with the BBC National Orchestra of Wales with Wagner’s Siegfried Idyll and Traüme, along with Schumann’s Fourth Symphony. The programme also included Viennese composer Eric Korngold’s Violin Concerto, featuring Daniel Hope as the soloist. Daniel’s ‘dreamily poetic’ performance received highly praised reviews, comparable with Jascha Heifitz, who premiered the concerto in 1947. Rian Evans’ review for The Guardian can be read here. The Violin Concerto has also been selected as BBC Radio 4’s Pick of the Week, which can be heard from 6:15pm.

BBC Radio 3 will broadcast the concert at 2pm on Sunday Concert, presented by Nicola Heywood. The programme will be available both on the radio and online. 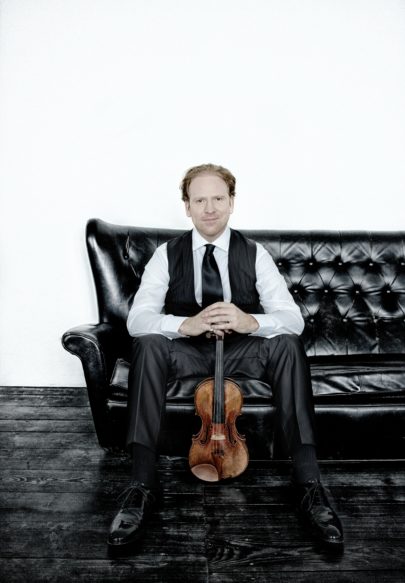