A commemoration of the British composer Benjamin Britten, which was initially confined to his home county of Suffolk, spread to 13 countries across the world. About 100,000 singers from as far afield as Melbourne and California sung on friday afternoon to mark the composer’s 100th birthday on Friday, turning the event into one of the largest global community singing projects ever attempted.

The conductor Teodor Currentzis and his MusicAeterna orchestra and choir are recording the three Mozart operas to libretti by Lorenzo da Ponte for Sony Classical.

Clemency Burton-Hill: Mozart would be ‘outraged’ to hear classical music is for the elite

Mozart and Verdi would be “outraged” to hear classical music was considered the “exclusive preserve of an educated elite,” says new Radio 3 presenter.

The Fort Wayne Philharmonic and its union musicians announced Friday they have reached a tentative agreement on a new labor contract. The orchestra had sought about a 20 percent cut in musicians’ pay and for musicians to pay more than $3,000 a year for family health benefits. As of early last month, the it had an accumulated financial deficit of $2.3 million.

As part of the attempt to increase audience engagement with the arts, LA Opera invited the over-sharers of the world for a sneak peak of their new production of The Magic Flute.

Woolfe watches Norma nine times sitting or standing in nine different places in an attempt to discover the ‘best’ way to experience an opera.

Dutch conductor Jaap van Zweden’s contract has been extended until 2019. “Van Zweden was almost unknown in the U.S. when he became the DSO’s music director in 2008. Since then, the Dutch conductor has presided over dramatic improvements in the orchestra.” 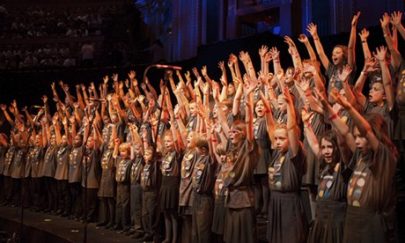