China’s National Centre for the Performing Arts Orchestra Beijing are going on tour!

WildKat PR are excited to announce the North American debut of China’s National Centre for the Performing Arts Orchestra Beijing!

Between 2nd-13th November, China’s NCPA Orchestra will be performing in venues across North America on their landmark seven-city tour. Along with Chief Conductor Lü Jia they will play to crowds in Washington’s Kennedy Center and the Lincoln Center in New York among others. Their diverse programme melds Eastern and Western traditions, including works by Ravel, Dvořák and Tchaikovsky alongside Zhanhao He and Gang Chen’s The Butterfly Lovers Violin Concerto and Chen Qigang’s Wu Xing – The Five Elements (Suite for Orchestra). Featured in these pieces are world-renowned pianists Yuja Wang and Xiaoyu Lius, and violinist Siqing Lu. They have played with some of the world’s most prestigious orchestras from across Europe and America as well as gaining numerous awards and acclaim for their performances and recordings.

This tour also marks the 35th anniversary of the official diplomatic relations between The United States and China. This important relationship was born shortly after the Philadelphia Orchestra’s landmark tour to China in 1973, which enabled a unique collaboration that has allowed trade, education and culture between the two countries to flourish.

WildKat PR are working with the NCPA as we embark on our first major North American and Canadian tour. Beyond the expected remit of our work we will also be hosting pre-concert and VIP receptions, overseeing the ticket sales and managing the box office. WildKat PR will also be liaising with all teams across the tour from the NCPA to each individual venue, including management and press teams to coordinate marketing and promotional materials and  overseeing the distribution.

Details of the tour are as follows

The John F. Kennedy Center for the Performing Arts, Washington

Programme information for each specific concert can be found on the China NCPA Orchestra’s official tour website and you can follow the orchestra on their facebook page. 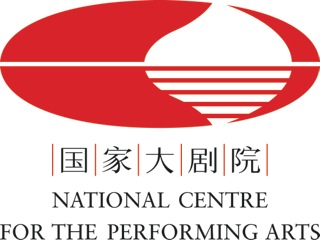