Leading figure of the early music revival as conductor of the Academy of Ancient Music, harpsichordist and musicologist

The UK’s only full-time professional choir celebrates its 90th birthday this week. Tom Service joins in the birthday wishes

Mel Giedroyc, Craig Revel Horwood and Fabrice Muamba are among the famous faces taking part in Gareth Malone’s choir for Children in Need

Riccardo Muti’s resignation: Does Italy have an opera problem?

Conductor Riccardo Muti’s departure from the Rome Opera exposes the cultural crisis that Italy is in, says Jessica Duchen

Conductor, performer and musicologist Christopher Hogwood, one of the key figures in the historically informed performance movement in the UK and internationally, has died at the age of 73.

Joshua Bell is playing in the Metro again. This time, maybe you won’t pass it up.

The stunt was seven years ago, but no one will let him forget it.

The Kronos Quartet as a Dot Cloud

The innovative musicians perform and discuss the special mystery of how a quartet communicates as part of an experiment capturing their sound and movement.

@BBCradio3: Looking forward to our #BrahmsExperience. So much to discover behind the beard! Join us @stgeorgesbris for one of our live shows 6-10th Oct 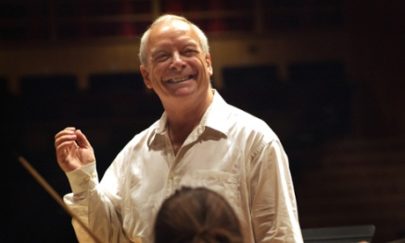