Every year a sleepy Irish Harbour town hosts a world-class opera festival. The festival runs till the 5th of November. 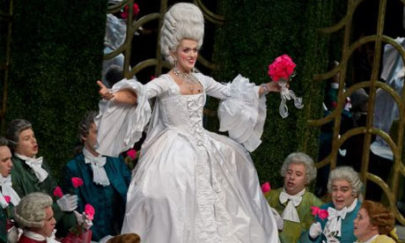 In France, he is revered; in Britain he is barely performed. As ENO prepares its first-ever production of Jean-Philippe Rameau, Christian Curnyn applauds the legacy of a revolutionary who has always divided opinion.

Lured by its mysterious history, polyphonic exchanges, and the soprano part’s leap up to top C some ensembles treat it as a choral spectacular.

The met brings Opera to a screen near you.

With its live broadcasts reaching three million, the New York Met is bringing opera to the masses.

Soprano with the genes for greatness

Sophie bevan may be the most exciting classical soprano to have appeared on the scene since Kate Royal.