WildKat PR welcomes back the brilliant conductor Rachael Young to its client roster. Highlights of Rachael’s 2015/16 season include 2 performances in Santiago with the Orquesta Sinfonica de Chilé  on the 23rd and 24th October and the 18th May with the Kammerorchester Berlin.

Having started her career as a cellist in her native New Zealand and moving on to Massachusetts and London with her studies, Rachael started conducting in 2009, progressing quickly under the guidance of Maestro Leonid Grin.

Rachael has thrived by working with ensembles including the Russian Virtuosi of Europe, the London Soloists Chamber and the Parnu City Orchestra. Likewise, her experience has grown as an assistant conductor alongside Paavo Jarvi and Leonid Grin and in recordings with Steven Isserlis of the Prokofiev and Shostakovich cello concerto. In recent years, conducting masterclasses at both the Jarvi Academy Summer and Winter Academies in Estonia have further determined Rachael’s growing reputation.

Keep up to date with Rachael on the WildKat PR blog and on her website.

For tickets to her concert with the Orquesta Sinfonica de Chilé click here and for tickets with the Kammerorchester Berlin, click here. 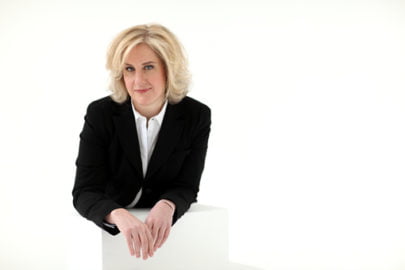