Should we force our children to listen to classical music?

Controversy surrounding Nicola Benedetti’s interview with Scotland on Sunday last month, in which she argued that children should be exposed to classical music whether they like it or not, certainly has sparked debate as to whether this approach helps or hinders children’s learning and appreciation of the great classical works.

The benefits that music has on the human brain are largely undisputed. Neuroscientist and musical educator Anita Collins elucidates these, with particular attention to the playing of instruments, in a TED-Ed talk. In short, listening to music stimulates the brain, and playing it is even more constructive – ‘stimulating practically every area of the brain at once…and especially the visual, auditory and motor cortices’ and we’ve all heard of the Mozart Effect.

This is interesting stuff, but we are all aware that children and teenagers would rather listen to the Top-40 or perhaps the latest indie record from those bands that you or I wouldn’t have heard of. So shouldn’t we just let them? And if we do let children listen to what they want, when they want, what does the future of classical music look like?

Concert pianist James Rhodes seems to hit the nail on the head in his article in the Guardian where he explains the necessity for music to be taught in a different way to fractions or the Ottoman Empire. It is, after all, there to be enjoyed, as well as promoting brain development. He tells of his own experience and the 30 years it has taken for him to ‘undo the damage’ of being dragged to the opera against his will as a child. And he was one of the lucky ones. Many people never do have this musical epiphany, and go through their whole adult life without ever truly appreciating classical music, or even giving it a second chance. Perhaps the reason for this is purely down to the fact that we associate classical music with school, exams, and being forced to practice scales against our will.

So what is the solution? Eliminating classical music from the curriculum and hoping children will stumble across it by themselves seems like a risky strategy. Rhodes suggests stopping the segregation between genres – presenting classical music alongside hip-hop and rock. However, this will not be an easy task – hundreds of years of technological advances, changing mind-sets and cool new bands lie between Tallis and Taylor Swift, but perhaps today’s teens would be surprised and maybe even interested to see just quite how close the links are between Lady Gaga’s ‘Alejandro’ and Monti’s ‘Czárdás’? And do they know that it’s Handel they’re hearing each time they flick over to watch the Champion’s League?

It’s only a start, but if we show children just how ingrained classical music already is in their daily lives, at least they’ll be engaged. Then we can start to branch out into some tracks that they might not already know. Who knows, maybe some will even be inspired to do some research of their own and ‘discover’ some of the great works before we even get there. 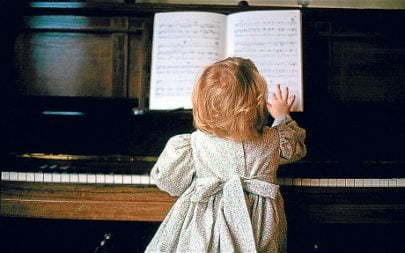