According to industry body BPI, sales of classical recordings fell by 5% last year and for many, the classical genre continues to carry a certain stigma, which is difficult to shake. It is no secret that classical music hasn’t always found it easy to move with the times. However, recent years have shown a flourish of exciting new material – from fringe opera to flash mobs.

At the forefront of this revolution is contemporary opera festival Tête-à-Tête, which saw its opening night last night at ‘The Place’. The final performance of the evening was composer Tim Benjamin’s Life Stories, produced by Radius. The double-bill featured R.I.P and Silent Jack – two one-act operas based on gripping, dark short stories by Anton Chekhov and Anthony Peter.

Feedback after the performances of Life Stories earlier this month demonstrated the impact that contemporary productions have. With 18% of audience members first-time opera-goers, and 96% giving positive or strongly positive reviews, the possibility for performances such as this to attract a new public is clear.

A second London performance of Life Stories will take place at 8:55pm at ‘The Place’ tonight. Click here for details of how to buy tickets and support the opera revolution! 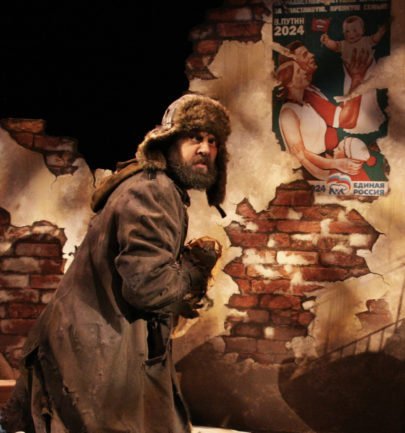