WildKat PR is pleased to be working with London-based Ensemble Perpetuo once again.

Perpetuo’s concerts appeal to all senses through collaborations with choreographers, chefs, artists, sculptors and photographers for their live shows.

Formed in 2013 by British oboist James Turnbull, the group specialises in these multi-art form collaborations, with several talented musicians at the heart of the performance. Traveling around the UK allows them to perform in a variety of locations such as theatres, museums and cafes, enhancing the power of the context of both traditional and contemporary music.

Ensemble Perpetuo presented their sold-out launch event Cityscapes earlier in 2015. With music spanning 200 years inspired by the world’s great cities, art and photographs featuring urban landscapes, sculpture and a dance created for one of the works, the event was a perfect introduction to the group’s work.

In the coming months, WildKat PR will work with the ensemble on two London events. On the 6th September, the group will present Rivers & Oceans, a collaboration with Bitter Suite at Rich Mix London in which the audience will enjoy food themed around each piece of music on the programme. For tickets, see the Rich Mix website.

On the 9th November, they look further afield in their Heavenly Sights concert. Alongside music inspired by other planets, the audience can experiment with an interactive sculpture which converts sound into visible light. Keep an eye on the WildKat PR blog and the ensemble’s website for updates. 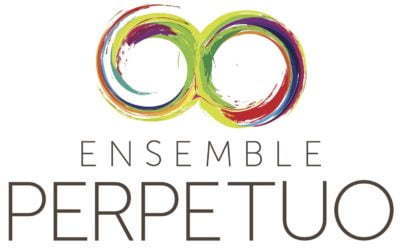