Why don’t composers win cash prizes when they need them most?

Composers with established reputations are loaded with honours and money. But it would be a help if they were given such recognition early in their careers, says Ivan Hewett.

An orchestra of ‘ICEstruments’ is making an impact in Lapland. An igloo ‘ICE Concert Hall’ has been specially constructed to provide good acoustics and it has a ventilation system for removing the warmth generated by the audience of 170 people.

Musical jingles could be used to help patients suffering from Alzheimer’s Disease with their daily routine. Researchers at Plymouth University have been exploring the idea that the brain finds it easier to remember tunes and lyrics than dry lists of information – the same reason that advertisers use catchy tunes to stick in people’s minds.

The Met: a full season, but a not-full-enough house

A glamorous new season masks the fact that the Met had to take drastic action to get attendances back up, according to Tom Service.

The audio of conductor Erich Leinsdorf halting a Boston Symphony Orchestra concert to announce the assassination of President John F. Kennedy has been unearthed.

A violinist and the owner of the Ancalagon record label takes on the Game of Thrones series for using a poor quality computer imitation of a cello instead of hiring a musician, despite the show’s large budget. 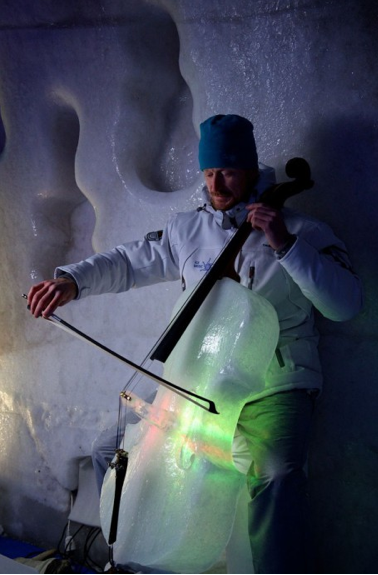