Cellist Corinne Morris is to perform in a series of three recitals at 1901 Arts Club.

Starting tomorrow, 12th November, Corinne will be curating and playing in the three concerts – each of which explore a unique theme. Master Works for Cello & Piano introduces familiar and not so familiar French repertoire from the late 19th century to the early 20th century with works by Debussy, Godard and Saint-Saëns. Featuring alongside Corinne will be acclaimed pianist Kathron Sturrock.

Corinne has recently re-launched her music career after suffering a debilitating shoulder injury, which forced her to take a five-year break. Her comeback disc Macedonian Sessions, described by Classical Music Magazine as ‘a triumph assertion’, features music from Tchaikovsky, Bruch, Fauré, Saint-Saëns and Piazzolla, as well as an original self-penned composition. It was recorded with the Macedonian Radio Symphony and has also been filmed for release on DVD.

The second and third concerts in the series will be taking place on 19th and 26th November and will feature Corinne, as well as pianist Viv McLean, the Melicus Duo and violinist Fenella Humphreys, all at the 1901 Arts Club.

Details of the concert can be found here and for more information about Corinne you can go to her website or find her on Twitter or Facebook. 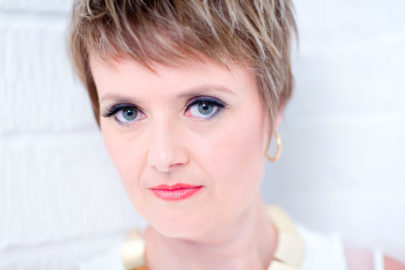