We are very happy to be working with Corre on their upcoming singles and album releases. ‘A Spark, A Beginning’ and ‘Proceed’ will be released on streaming sites on Wednesday 2nd August 2017.

Corre formed earlier in 2017 and aims to bridge the gap between electronica and classical music with a contemporary synthesis of light, movement and sound. The unnamed collaborators behind Corre wanted to create a multi-media, cross-genre alliance, inspired by the likes of Nils Frahm and Max Richter. With a background in electronic music, Corre’s composer was inspired by the possibility that the two seemingly contrasting elements of electronic and contemporary classical music could coalesce.

To create the fusion of natural and synthetic sounds, Corre uses Korg-created synthesiser loops paired with traditional, acoustic instruments such as violin, piano and classical guitar. The visual element takes naturalistic photography and melds it with digital manipulation and overlays to create modern and visually stunning films.

The two singles will be released on 2nd August, with a video premiere of ‘A Spark, A Beginning’ to follow. 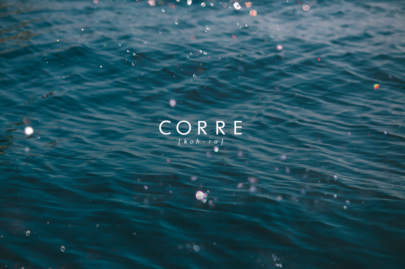