Culture and Arts debate 2013: our thoughts

Yesterday saw the first arts debate in five years in the House of Commons. The turnout of MPs was poor after a series of walk-outs left just 12 on the opposition side.  This poor showing of MPs illustrates a shocking underestimation of the power of the arts.

Britain’s creative industries are worth more than £36 billion, taking up 7% of the economy and employing around 1.5 million people. It is one of the only industries managing to create jobs. However, the focusing seems to be on the stage talent and the mass media attention that these talents create, and not so much on the ‘backstage’ jobs which are just as, if not more crucial.

Throughout the debate, #artsdebate was trending on twitter, showing the public interest in the development of arts throughout the country, particularly among young people who are determined to keep local arts alive.

It can be said that the arts bring communities together: Birmingham for example, rich in cultural diversity and heritage, is home to the CBSO, Symphony Hall, Birmingham Conservatoire and the Hippodrome. However, it is has little funding from the arts council. £20million of arts council has gone to Southbank, yet some regions have theatres and music halls closed down due to lack of funding. The debate highlighted the importance of funding and exposure for the arts in local communities and not confining support to London.

John Studzinski, who marries both business and arts as an example of how commerce and culture can go hand in hand, is helping to nurture young theatre directors.

About the arts, the Shadow Culture secretary said “The arts are central to the lives of individuals and communities across the country, to their sense of identity and sense of place and to their ability to achieve their human potential. And they are crucial to the national and to local economies. Our creative industries are world leaders, creating jobs, attracting tourism and bringing money to all parts.”

Here are some of the staff at WildKat’s opinions on why supporting the local arts is important:

“I am a firm believer that local arts should be exposed to the same high standard and excellence as any major city in the UK, not just in London. In order to achieve this level of quality and add more diversity for a more varied audience we would need rigorous regional funding and a sound commitment from our government. Generating funding required for the large budgets of international orchestras or theatre companies from alternative sources (such as philanthropists and brands) outside the big cities is almost impossible and sadly the occasions are very infrequent.” Kat

“Local governments should see the importance of the arts as part of bolstering their micro-economy: local restaurants, shops and box offices can benefit from increasing arts for smaller towns and counties, particularly bringing in tourism.” Harriet

“Studying in Birmingham for four years, I was spoilt by the amount of musical diversity and cultural excellence that happened on an almost daily basis. For funding to be cut in local arts would be a tragic mistake, especially as it would rob many young musicians of enjoying the same experiences that I did.” Francesca

‘Local arts are just as important, or potentially even more so, than the national arts. Used to their full potential, local arts have the power to bring together different generations in a community and foster strong artistic, and economic collaboration. The huge increase in local arts festivals across the country shows that there’s a thirst for events for which we should not always be relying on private donors to fund.’  Tania

“Arts are important for us because they create a part of our culture and our personality. They tell us who we are and therefore need to be funded”. Carolin

“Living in London we are incredibly lucky to have some of the world’s greatest orchestras practically on our doorstep. Sadly this is often not the case in many other parts of the UK, so funding for local organisations is so important to ensure that everyone in the country has access to world-class arts and culture.” Victoria

It is evident that arts can be included as an integral part of a person’s livelihood, so why are funding cuts proposed? Share your thoughts on the debate below. 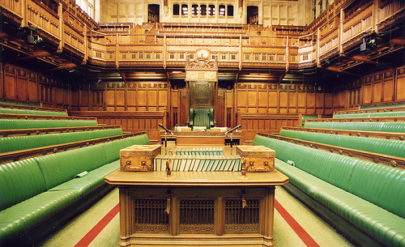