In an article on Forbes telling ‘How to Crowdfund $50,000 In Your Spare Time’, it is concluded that ‘if you do it right, a successful crowdfunding campaign can help launch your idea to the world’, something which has inspired numerous creative projects around the globe to turn to the general public for the funds they need to get a campaign off the ground.

WildKat PR Director, Kat Alder gives this advice: ‘Know the people you are targeting and know your audience demographic well, you can then appeal to them in the rewards on your crowdfunding page – it’s a fantastic benefit to Kickstarter, IndieGoGo and the rest, that you can give back to those supporting you!’

A few WildKat PR clients are currently using this great initiative for their upcoming projects:

Brooklyn Rider‘s new Kickstarter campaign has a fundraising target of $40,000, which will enable the group to produce a diverse body of work directly related to fifteen new pieces commissioned from musicians operating outside of the classical world (including Deerhoof’s drummer, Greg Saunier, Padma Newsome of Clogs, and Glenn Kotche from Grammy Award-winner Wilco). Each composer was asked to capture the spirit of a personally influential artistic figure, active within the last 50 years, in their music – these range from Igor Stravinsky to John Steinbeck or James Brown. Once funded, Brooklyn Rider will release the new works throughout the 2014-15 season, via YouTube, social media, their website and Kickstarter. The culmination will be an exciting, interactive coffee table book.

For donations between $1 and $10,000 contributors will receive anything from heartfelt thanks, a copy of the Almanac CD, T-shirts, limited edition “Brooklyn Rider Almanac” coffee beans, to a private concert in your front room! Brooklyn Rider’s last Kickstarter campaign, back in 2012, raised $50,565. Well over their $30,000 goal!

Crowdfunding is even seeping its way into the world of music education. A very special upcoming performance by In Harmony Telford and Stoke at the Incorporated Society of Musicians conference this April is being supported through IndieGoGo.

The campaign will give 70 young musicians the opportunity to premiere a new piece of music by the rising-star composer Kirsty Devaney. The piece by the 23-year-old composer is being written especially for the young people of In Harmony and will receive its world premiere performance at a special concert in Birmingham on April 16th.

Their fantastic range of rewards includes: exclusive access to a video recording of the world premiere performance, a ticket to see the premiere live in concert, a credit as a supporter within the score of the new piece as well as the opportunity to solely support a specific section of the orchestra.

The project has a goal of just £5000, support this great initiative here. 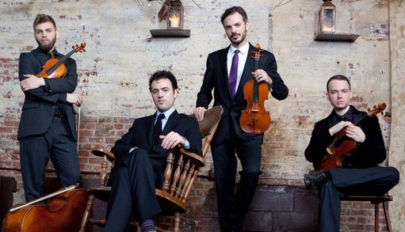 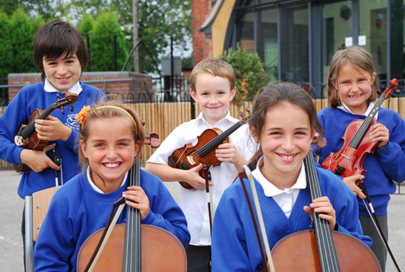 In Harmony Telford and Stoke