As Aldeburgh Music reaches the climax of its year marking the centenary of its founder, the composer Benjamin Britten, it hosts the latest in its Faster Than Sound series of innovative, cross-genre and cross-artform events. The installation Nocturnal, which will turn part of Aldeburgh Music’s Hoffmann Building into a camera obscura, will be open from this Saturday until 24th November 2013, taking in Britten’s 100th birthday (22 November) and Aldeburgh Music’s Britten Centenary Weekend (21 – 24 November).

Nocturnal is a newly-commissioned video and sound installation created collaboratively by acclaimed Canadian film-maker and theatre director Atom Egoyan and Canadian-born, UK-based sound artist John Wynne, winner of the 2010 British Composer Award for his installation for 300 speakers, Pianola and vacuum cleaner at the Saatchi Gallery. Nocturnal is inspired by the performance of Britten’s piece Nocturnal after John Dowland (1963) by the brilliant guitarist Julian Bream, who is 80 this year. Egoyan and Wynne will use rare footage spanning nearly 40 years of Bream’s performances. 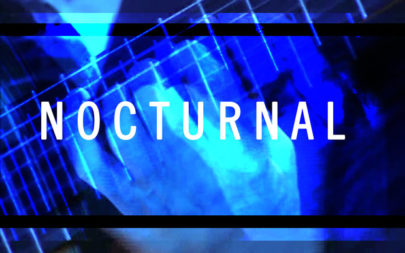