Revealed: the violent, thuggish world of the young JS Bach

Local authorities use Mozart’s pieces more than those of any other artist when making callers wait in a queue on the end of a phone line, according to a Freedom of Information survey.

Hecklers at the Met Call for Gay Rights in Russia

The opening night of  a performance of Tchaikovsky’s Eugene Onegin, conducted by Valery Gergiev, Putin’s kapellmeister, and starring Anna Netrebko, who signed Putin’s election manifesto, was greeted by hecklers inside and outside of the building. Objecting to Putin’s anti-gay laws, four protesters were escorted off the premises of the New York Metropolitan Opera.

Observing Chopin’s 200th birthday in 2010, composer Aaron Dunn conceived an ambitious project: Raise money with a Kickstarter campaign to hire a professional orchestra to record the 245 works of Chopin and make them available free on his open culture website Musopen. The campaign has surpassed its goal with 31 days remaining.

The Bournemouth Symphony Orchestra has been announced as Classic FM’s Orchestra in the South of England. The new partnership intends to extend the orchestra’s music-making to even wider audiences.

Pope Francis is known for his love of opera, but now he’s revealed his wide-ranging taste in other classical music in the first major interview of his papacy. “Among musicians I love Mozart, of course,” the Pope said. “The ‘Et incarnatus est’ from his Mass in C minor is matchless; it lifts you to God!”

Unfit for purpose? Edinburgh’s Queen’s Hall in the CS spotlight

The inadequacies of Edinburgh’s Queen’s Hall as a concert venue have once again come under scrutiny in a Music Sector Review commissioned by Creative Scotland. This latest report points out that the venue is ‘by its nature, insufficiently flexible and not well suited for many events because as a listed building any major alterations are not possible’. 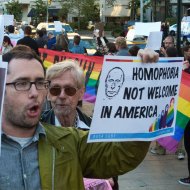