Free monthly magazine that was once UK’s biggest-read music title hit by ‘current market conditions’ including collapse of HMV.

Teenage saxophonist Alexander Bone has won the first jazz prize to be awarded as part of the BBC’s Young Musician of the Year competition.

Young musicians to ‘miss out’ after scrapping of EU download levy

Plans by the European Union to raise a levy on the sale of iPads and tablets to help young musicians benefit from downloads have been blocked by the British government.

A month after the shocking revelation by his ghostwriter, the supposedly “deaf” composer Mamoru Samuragochi apologized Friday for deceiving people. However, the 50-year-old from Hiroshima Prefecture flatly denied composer Takashi Niigaki’s claim that he is not deaf, saying he is preparing to sue Niigaki for defamation.

The Royal Marines Corps of Drums is to make a world record attempt on the longest group drum roll, with preparations underway for six teams to undertake an ambitious 64-hour roll from 30 April. 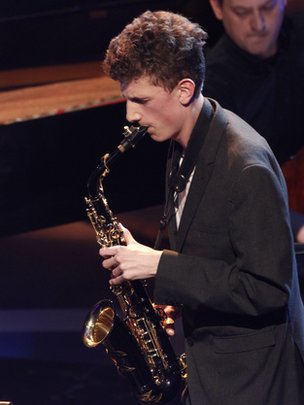