Winners include Patricia Kopatchinskaja, Julian Bream and Jan Lisiecki. Decca Classics are Label of the Year and trumpeteer Alison Balsom is the first British woman to win Artist of the Year.

Is New Age thinking good or bad for musicians?

Concert pianist Stephen Hough discusses the presumption that “self-expression is what the arts are all about.”

Music in the shadow of war

Despite winning a scholarship to the Royal Academy, Elton John claims his switch from classical to popular music was due to his “fingers like cocktail sausages.”

When trumpeter Alison Balsom moves to America later this year she will record an album with Ethan Johns, who has previously worked with artists including Tom Jones, Kings of Leon, The Vaccines and Joe Cocker.

The Bolshoi ballet’s artistic director has returned to the famed Moscow theater after months of treatment in Germany for burns he suffered to both eyes when a man threw acid in his face in January.

Recently published research found a relationship between the type of music used on someone’s personal webpage and whether they are seen as attractive by the opposite sex. Men found women more attractive if classical music was playing in the background, but women found men better-looking if their webpage had a heavy-metal soundtrack. 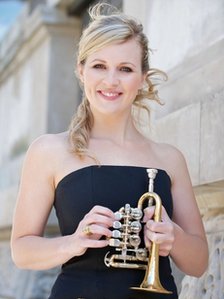