George Handel’s oratorio is Britain’s best-loved choral work. But without its links to the Foundling Hospital, one of Georgian London’s leading charities, we might never have known it.

The Australia Council has been asked to create a new policy punishing ‘unreasonable’ refusal of corporate sponsorship.

University College Opera, one of the UK’s longest-running student opera companies, will perform the world’s first English translation of Rimsky-Korsakov’s The Snowmaiden at the Bloomsbury Theatre, London on 24, 26, 28 and 29 March.

Harnoncourt honoured by the Berliner Philharmoniker

Nikolaus Harnoncourt has been given Honorary Membership by the Berliner Philharmoniker. Preceding a concert conducted by Sir Simon Rattle, in Vienna’s Musikverein, the Austrian scholar and conductor was presented with the honour by the orchestra ‘in an expression of their gratitude’.

20 Power Couples of the arts

From theatre, film, music and dance, they came together to show that the moving and the shaking begins at home.

The first time as many as four pairs of the wearable computers were used for an activity outside of Google headquarters was a Kansas City Symphony Orchestra rehearsal. 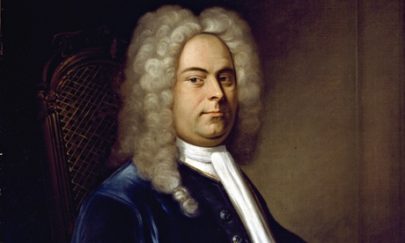