It has been announced that Daniel Hope‘s documentary film Refuge in Music has won the DVD Documentary category at the 2014 International Classical Music Awards.

Released on the 25th of October 2013, you can view the trailer for the DVD, also and it can be purchased via Deutsche Grammophon. Follow the latest with Daniel Hope via his website, Facebook, and Twitter. 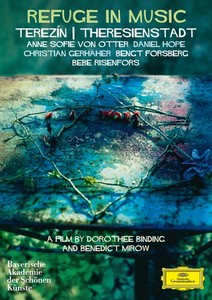