WildKat PR is delighted to introduce our latest client, Syzygy Quartet, who release their debut CD in November! 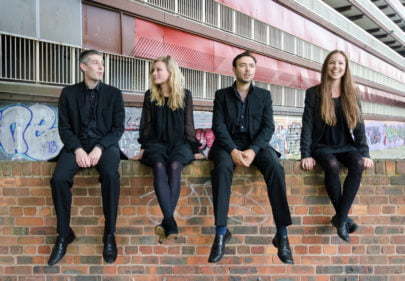 Syzygy saxophone quartet was formed in 2009, after performing together at the World Saxophone Congress in Bangkok with the London Saxophone Ensemble, and the ensemble has blossomed ever since. Their debut performance was part of the Frontiers Festival, where they performed Louis Andriessen’s Facing Death. Since then, the quartet have performed in major concert venues such as St Martin-in-the-Fields, Huddersfield Contemporary Music Festival, and National Portrait Gallery. Syzygy Quartet have also received an Emerging Excellence award from Help Musicians UK, who have supported them throughout their career. 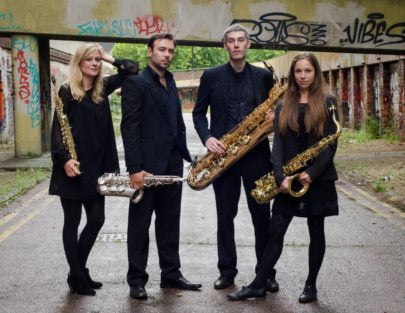 They specialise in contemporary classical music, and perform both established contemporary works and also new compositions written specifically for the ensemble. However, Syzygy Quartet’s repertoire extends beyond just contemporary compositions, with their upcoming concert in St Andrew’s Psalter Lane Church, Sheffield in March 2016 including works by Mozart, Beethoven, Messiaen and David Maslanka. Keep up to date with all their upcoming events here.

Having succeeded in being the only ensemble in Europe to be awarded the recording and performing rights for David Maslanka’s Song for the Coming Day, they have recently recorded this for their debut CD, which will be released on 13th November.