The appeal follows the sacking of the head of the Cairo Opera and subsequent demonstrations by its staff and cast. Artists are now speaking of a jihad (holy war) against the arts.

We thought you’d enjoy some more clips of Yuri Simonov in virtuosic action. We’re not suggesting every maestro should try this, but – if they could – wouldn’t they, just once in a while?

That Instrument Known as the Eiffel Tower

Mr. Bertolozzi is in Paris harvesting sounds for a “public art installation”. His mission is to “play the Eiffel Tower”.

Daniel Hope’s acclaimed keynote speech about artists re-engaging their audience, the future of classical music and the virtuoso, and how more people must be given the opportunity to access, understand and enjoy classical music.

Posters of classic artworks will be displayed across the country this summer in a bid to turn the UK into the “world’s largest art gallery”. 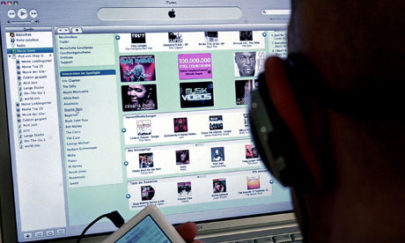