The US capital is in for a treat next week when baritone John Brancy and pianist Peter Dugan will be premiering their World War I Centenary Tribute recital at the Kennedy Center. The performance is the second annual Gerald Perman Emerging Artists Fund recital, promoted by Vocal Arts DC. Michael Kaiser, former president of the Kennedy Center, said about the programme: “Gerald Perman has produced one of the great vocal series of the world”.

John and Peter devised a recital programme which includes songs by composers who were directly affected by the Great War. There will be songs by European and American composers, many of whom fought in the war on different sides of the frontier. John Brancy will lead through the recital and annotate with historical and musical facts.

Both John and Peter are recent Juilliard graduates. John has already performed at the most prestigious opera houses in Europe such as the Dresden Semperoper and Alte Oper Frankfurt and was in concert with Boston and San Francisco Symphony Orchestras. Pianist Peter Dugan opened the season with Michael Tilson Thomas’ New World Symphony this summer.

John and Peter will be taking the World War I Centenary Tribute recital to Chicago in April 2015 and Montreal in May 2015.

Watch a sneak preview of the recital on John’s YouTube channel. 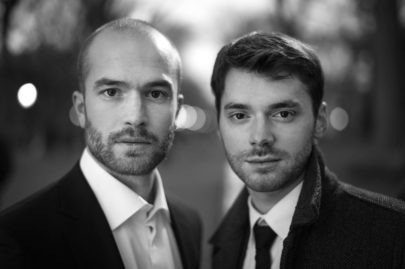