Jonathan Reekie to step down as chief executive of Aldeburgh Music

Jonathan Reekie, chief executive of Aldebugh Music for 16 years, has announced that he will be leaving to take up the post of director of Somerset House Trust.

Nelson Mandela was, quite famously, a fan of European classical music. His two favorite composers were George Frideric Handel and Pyotr Ilych Tchaikovsky, but he grew up exposed to the country’s rich tradition of vocal groups forging a unique form of sacred rhythm music.

On the occasion of the 5th centennial of the arrival of the Europeans to the Pacific Ocean, Instituto Cervantes and the Spanish Embassy present the piano and violin concert “From Acapulco to Manila: Spanish Music Across Two Oceans.”

Librettist Edward Kemp discusses the difficulties of adapting Ted Hughes’s ‘How the Whale Became’ into an opera.

The National’s Bryce Dessner: how the Kronos Quartet let me in on their act

The guitarist has composed an album for the celebrated string ensemble. He explains how the exciting project was inspired by his Russian grandmother

In winning the instrumental solo award this year, Sir Harrison Birtwistle has become the most honoured composer in the British Composer Awards’ history. 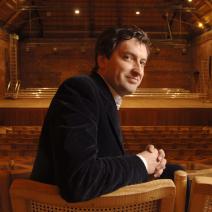