Spanish composer and WildKat artist Jorge Grundman’s second CD has been released in the UK today. The world premiere of A Mortuis Resurgere (The Resurrection of Christ) is concerned with directness of expression and focusses on acoustic effects, intended to be performed in sacred buildings.

Featuring the Brodsky Quartet and soprano Susana Cordón, this is Jorge’s first release for Chandos records.

A Mortuis articulates Jorge’s scientific interests through its structure and arrangement – although composed in a single movement, the work has been imagined in three parts: the Gospel, the Creed and the celebration or Hosanna. In tune with its religious character, it has been conceived for performance in churches with very long reverberation, and has been composed with a reverberation time of four to five seconds in mind – ensuring that, in performance, the voice does not become unintelligible.

“Because this was a continuation of the work of Haydn, I decided to begin right where he had finished off, with the earthquake. I imagined a cloud of dust shrouding the sunlight. Little by little the dust falls to the ground and, after the emotional impact caused by someone’s death, the atmosphere fills with sadness and uncertainty.”

Written in 2013, A Mortuis was recently awarded First Place in the Instrumental Category of the International Songwriting Competition (ISC), and will also be released in the US later this month. 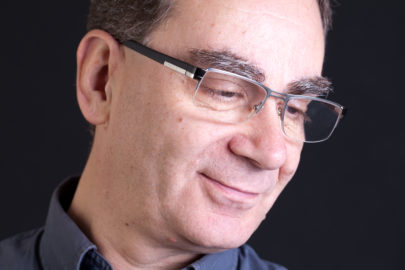