Following the release of a second album, a disc of American works, acclaimed flautist and recent Classical Music Magazine cover star Katherine Bryan performed a lunchtime recital at St Giles in the Fields today at 1:10pm at the enchanting St-Giles-in-the-Fields church.

She performed a selection of works taken from both her second album and her debut disc, “Katherine Bryan plays Liebermann and Nielsen”, including Hue’s Fantasie, Schumann’s 2nd Romance, and Paganini’s Caprice no 24 as well as Messiaen’s Le Merle Noir, and the staples of flute repertoire: Debussy’s Syrinx and Poulenc’s Sonata.

Of the prospect of performing such a diverse programme, Katherine said, “I am thrilled to have brought both well and lesser known works together in this concert. I feel the programme shows the flute in so many different lights, with pieces demanding drama, beauty and virtuosity.”

Katherine Bryan’s performing career was quickly established studying at the Chetham’s School of Music, Manchester and took flight when she won a full scholarship to study flute at the Juilliard School of Music, New York. She has been a prize – winner at the Young Concert Artists International Competition in New York and was a finalist in the BBC Young Musician of the Year for three consecutive competitions. She was awarded the Julius Isserlis Scholarship by the Royal Philharmonic Society.

Notably, she made her concerto debut at the tender age of 15 with Daniel Harding and the Orchestra of the Academy of St. Martin-in-the-Fields, London and her American concerto debut with the Juilliard Orchestra at the Lincoln Centre, New York. Katherine has been in high demand as a concerto soloist since, performing with Helsinki Philharmonic, Hallé, Nurnberger Symphoniker, New York Philharmonic and English Baroque orchestras, as well as the Royal Scottish National Orchestra with whom she is still in residence as Principal Flute. In addition, she is also a lecturer in flute at the Royal Conservatoire of Scotland and has played as Guest Principal Flute with the Philharmonia, London Philharmonic, BBC Scottish, Scottish Chamber, Royal Philharmonic, Swedish Radio, Northern Sinfonia, Hallé, and London Symphony Orchestras.

She has enjoyed success with her debut disc ‘Katherine Bryan plays Liebermann Flute Concerto’, which was released to great acclaim in 2010 and has been followed by a second disc including concertos by Rouse and Ibert in 2013, which achieved a high position in the UK Classical Charts, and was a Gramophone Choice disc in August 2013.

This performance at St Giles in the Fields celebrated Katherine’s recent successes and showcased her diversity, virtuosity and unique ability to bring the flute to life – especially in her encore, Gershwin’s It Ain’t Necessarily So. 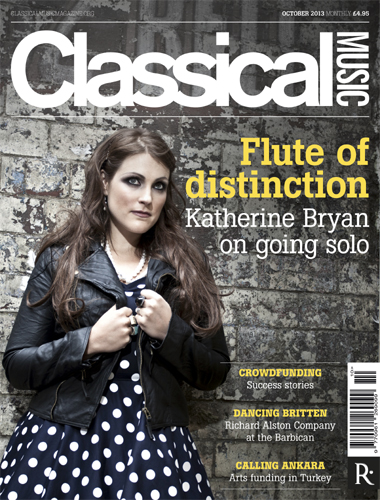 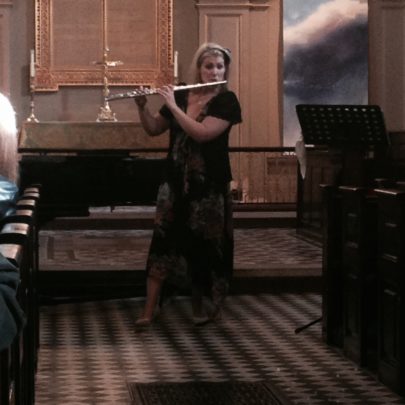 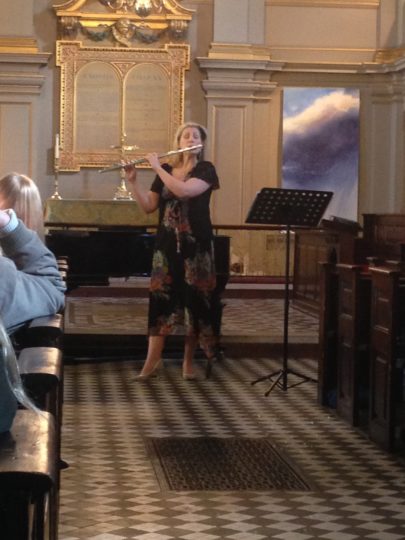