Musicians at their most creative when away from their instruments

According to new research, the location of a performer’s musical inspiration could be far more mundane than was previously realised: singing in the shower and humming to yourself are thought to be everyday activities which can significantly alter interpretations of music

“I admit total bafflement and dismay at what has been done to allow the dismemberment of this superb orchestra at the height of its powers. The tactics of a lock-out have no place in the life of any artistic organization. The artistic and economic flourishing of a community of musicians cannot be ensured by essentially destroying it, nor by avoiding significant compromise on both sides.”

Experiments in listening: hearing one voice above the many

The cocktail party syndrome – whereby we struggle to hear a single voice against a wall of ambient sound – is not just limited to drinks parties, but relevant to harmony and timbre according to new research by a vocal group.

Is an arts degree worth the tuition fees?

A CEO and an arts critic debate

What’s the buzz about The Wasp Factory?

The Wasp Factory: An opera with murder in its heart and a sting in its tale.

Iain Banks’ cult novel is the unlikely source for a new show at Covent Garden.

Tatiana Stoklitskaya, a professor at Moscow’s Central School of Music, had not been seen since September 25. Last night, her mutilated body was found by friends in her suburban dacha. 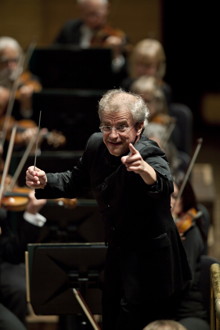