Music in higher education: What is it worth?

Iceland’s state broadcaster Ríkisútvarpið (RÚV) announced the departure of 60 staff on Thursday – 20 per cent of its already-trimmed workforce – and unveiled severe cuts to programming which some insiders believe could see an end to broadcasts of classical music and jazz. Just under half of the corporation’s music staff were told they no longer had jobs last week and some were told to leave immediately.

Frank Gehry to build a hall to honour Gustavo Dudamel

The American architect Frank Gehry, whose work includes Walt Disney Hall in Los Angeles, is to build a performance space to honour conductor Gustavo Dudamel. The Hall, La Sala Dudamel, will be built in Dudamel’s hometown of Barquisimeto in Venezuela.

Japan’s AUN J Classical Orchestra will perform in Vietnam’s capital next week on an initiative by the Japan Foundation Center for Cultural Exchange in Vietnam.

Classical music is changing, not dying: John Mauceri discusses the ‘two traditions’ of classical, and why we should embrace film music.

Why English National Opera should try to please the public more

English National Opera should stop tarting about with fancy concepts and start to play it straight, says Rupert Christiansen. 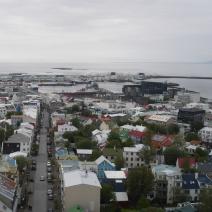