The great Scottish violinist Nicola Benedetti won the Best Classical Award at The Global Awards 2019, a category that was voted for by the public.

It was a big day for Nicola – the award came on the same day that she collected her CBE from Buckingham Palace.

Accepting the award, Nicola said: “Thank you so much for this honour. Classical music is a very intimate form of music and it’s often a longer form of music and can take more concentration, but it’s so so worth it.”

The 2019 edition of the festival also marks the first programmed by artistic director Alison Balsom, and will feature 20 world premieres for its 75th anniversary.

This year’s festival takes place 5 – 14 July and will include a community opera, an emphasis on women composers and performers, top international artists, as well as a focus on new talent.

Meurig Bowen held the post of artistic director from 2007 until he was succeeded by Balsom in 2017. She is the first woman to hold the post.

Established in 1945, Cheltenham Music Festival is known for the quality of performances and creative programming.

This year’s programme will feature a new community opera, Across the Sky, an immersive tour of Cheltenham’s Regency Square as part of Schumann Square, and world-leading ensembles Academy of Ancient Music, City of Birmingham Symphony Orchestra, London Symphony Orchestra and Nash Ensemble. 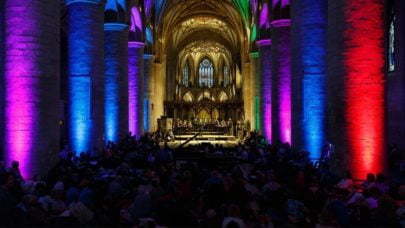 ‘Some of my favourite artists, from international stars to bright new talent will perform in stunning venues, and I’m especially excited about the many world premieres we’ll hear throughout the entire Festival.’

Music lessons ‘being stripped’ out of schools in England

State schools in England have seen a 21% decrease in music provision over the last five years, research suggests.

At the same time, access to music in independent schools has risen by 7%, according to figures from the BPI.

The gap widens amongst poorer pupils, with just one in four schools in deprived areas offering music lessons.

“You can’t imagine how distressing that is to hear,” said Chi-chi Nwanoku, founder of Chineke!, the UK’s first majority-BAME orchestra.

“But it’s not news to me – because I know that music and the art subjects are being systematically stripped out of all of our schools – and that always hits the kids who go to the free schools.” 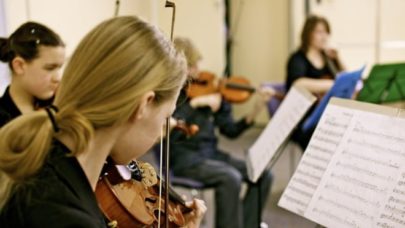 The BPI surveyed more than 2,000 teachers in England for its report.

One in five primary school teachers reported there was no regular music lesson for their class, and only 12% of schools in deprived areas have an orchestra, compared with 85% of independent schools.

The figures reflect similar studies in Scotland and Wales.

BPI chief executive Geoff Taylor said he was “profoundly concerned” by the division between state and independent schools, and called on the government to intervene.

“This inequality is not just deeply unfair to children in the state sector, it risks depriving our culture of future talents as diverse as Adele, Stormzy and Sheku Kanneh-Mason,” he added.