Orchestras for All to launch new online training course

The music charity Orchestras for All (OFA) is launching an online training course for music ensemble leaders, to be announced at a music education event at the Royal Academy of Music (RAM) on 12 July.

The course will act as a modular and flexible type of study, taking in conducting techniques, including arranging music for mixed-ability ensembles, creating clear and effective music notation and resources, rehearsing effectively and leading group composing among others. Making the most of the OFA’s rich community, the course will build on the face-to-face training developed as part of the Conductors for Change course, allowing students to learn from expert ensemble leaders, including Sian Edwards, head of conducting at RAM.

OFA’s executive director, Stuart Burns comments: ‘We are thrilled to be launching what we hope will become a key learning resource for aspiring conductors and ensemble leaders everywhere. Our mission at OFA is to remove the barriers young people face to making music together. Key to that is equipping conductors and music leaders with the skills and confidence to set up, run and lead inclusive music ensembles.”

Danish composer and organist Ib Nørholm has died at the age of 88. In his formative compositional years, Nørholm’s writing was significantly inspired by fellow Danish composer Carl Nielsen, as is evident in his First Symphony, composed between 1956 and 1958. (In total, he composed 12 symphonies, alongside a great deal of solo and chamber works; his Second Symphony, Isola Bella, was commissioned and performed by the Danish RSO in 1971.)

With the emergence of serialism in music in the 1960s, however, Nørholm’s musical style progressed in this new direction. He was interested in the rise of institutions such as the International Society for Contemporary Music (ISCM) and was heavily impressed with musicians involved in such societies, including Stockhausen and Boulez.

Nørholm began his musical studies at the age of nine, and went on to attend the Royal Danish Academy of Music. In the 1970s, Nørholm became associated with the movement referred to as ‘new simplicity’, a style which developed as a reaction against the excessive complexity of avant-garde works at the time.

In terms of accolades, Nørholm won the Gaudeamus International Composers Award in 1964, the Carl Nielsen Prize in 1971 and received a knighthood in 1981.

The research found that radio and CDs are still the format of choice for classical music fans, but that 19 percent of listeners regularly consumed classical music via video streaming platforms YouTube and Vevo. The report also reveals that classical music streaming revenue was up 46 percent in 2018. 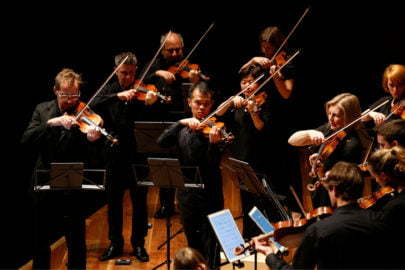 According to MIDiA’s research classical music is the fourth most popular music genre – after pop, classic rock and country music – beating out hip-hop and R&B. Relaxing Piano Music, which has emerged as a popular genre with the advent of the streaming era and customisable playlists, came in seventh, with one in five consumers listening to it, many of them, according to MIDiA, “not yet realising they have become classical music fans.”

United Kingdom Classical Music Composer Piano Charity Royal Academy Of Music Orchestra Hip- Hop RCM R&B Knighthood Orchestras For All Music Charity MIDiA Ib Nørholm
We use cookies to ensure that we give you the best experience on our website. If you continue to use this site we will assume that you accept the cookies policy.OK