The climate crisis is more urgent than ever. Environmental opera Upon This Handful of Earth received its Norwegian premiere earlier this year.

The opera was commissioned by the New York Opera Society, and received its Norwegian premiere in March. Gisle Kverndokk and Aksel-Otto Bull were asked to use texts by the Jesuit priest and scientist Pierre Teilhard de Chardin – a theologian and palaeontologist who raised concerns about the environment in the early 20th century. The opera is inspired by and features Teilhard de Chardin’s Mass on the World – a poem that takes the form of a communion, where the altar represents the world.

For a full list of June’s premieres, read more here… 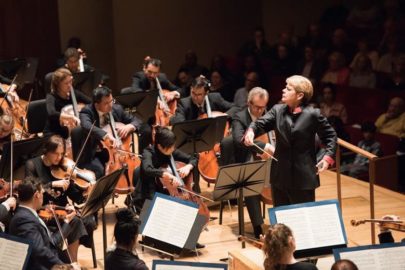 The Baltimore Symphony Orchestra released a statement yesterday in which it canceled a number of summer 2019 concerts. The orchestra’s management has been in an ongoing negotiation with its musicians’ union, in which it has propose to cut its activities from 52 weeks to 40 weeks per year.

The orchestra management said in a statement that it was making the cancellations ‘as part of efforts to address financial challenges that have existed for many years, including over $16 million in losses in the past decade alone’.

To see when the cancellations are, read more here…

Virtual and ‘live’ choral singers answered questions about social presence, the connections made by individuals through face-to-face or online communication, and how they used singing to help regulate their emotions.

For details on the study, read more here…

United Kingdom Classical Music Baltimore Symphony Orchestra Mental Health New York Opera Society Environmental Opera Virtual Choirs Upon This Handful Of Earth Gisle Kverndokk Aksel-Otto Bull Pierre Teilhard De Chardin Teilhard De Chardin Dr Daisy Fancourt
We use cookies to ensure that we give you the best experience on our website. If you continue to use this site we will assume that you accept the cookies policy.OK